80's Revolution is the most exhilarating HIGH ENERGY 80's Party Show band in the NY & NJ area that is wowing audiences each time the band hits the stage.

Brian Silver (formally of the popular 80’s cover band “The Flossie Band”, and Route 80's Band), has strategically put together a rocking 80's tribute show that everyone will enjoy. Brian, along with other important figures behind the scenes, has spent countless hours seeking out some of the best talent within the Tri-State to bring you back to the “GNARLY “ 80's.

Stage front is where the action begins... 80's Revolution features a trifecta of incredibly talented female singers to share the lead and back-up vocals on any given song, where they lend their own style and energy.

Sharing the stage up front is Gloria Carpenter, Chelsey Caulfield and Katie Lynn Joel; along with Laura Turk who will be alternating as a substitute.  These girls are the initial fuel to this HIGH ENERGY 80’s Show Production.

Together, with one of the most talented group of musicians including Paul Alan (Guitar/Vocals), Kat Viksne Darcy (Keyboards/Electric Violin, Vocals), Eric Heiss (Percussion/Vocals), Brian W. Silver (Bass/Bass Keyboard Synthesizer/Vocals); as well as an incomparable VEGAS STYLE BIG LIGHTS & SOUND PRODUCTION, 80’s Revolution has the crowd singing and dancing all the way to their cars at the end of each performance. 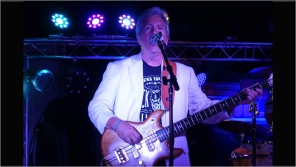 A Bergen County native, he moved to Morris County in the early 90's.

Playing in the tristate area for over 30-years, he has performed with some of the biggest bands of the time, including The Flossie Band, Ego, The Fashion, and original recording project Partners in Crime.

Performing in the 80's with The Flossie Band, their audiences regularly drew well over 1,000 people on any weekend night performance. The Band released its first 45 RPM Single "Attitude" and "Just Like Me". That release was soon followed up by the release of their album self-titled "The Flossie Band" with the single "Hollywood". That year, they would go on to win the WDHA Homegrown Album of the Year and Artist contest.

For the past decade, aside from working with many top recording artists, Brian has focused on writing original pieces and studio work.

He establishes himself as an in-demand sideman, providing not only Bass, but vocals and keyboards.

Brian is the co-founder and heartbeat of his new project, "80's Revolution".

Gloria is a professional working singer in the Tri-State area who is happy to call the 80's Revolution Band her home base.  Her background in theatre and dance comes through in her performances exuding a bright and vivacious presence whenever she steps on stage.

Versed in many genres of music, Gloria has given thousands of performances working on cruiseships, in cover bands, orchestras, girl groups, jazz ensembles, tribute acts, country bands and also has appeared and recorded with many orignal projects.  Gloria has teamed with numerous world class musicians and has opened for name acts like Billy Gilman, Frankie Valli and Micky Dolenz of the Monkees.

She has always been driven to live a life she loves which is why she is quick to encourage others the life of their dreams, and has recently launched a book called Power Up Your Dreams! Moving From Self-Defeat to Self Belief.

She is also certified as a Dreambuilder transformational life coach and is passionate about helping people live their most fullfilling lives like she gets to do whenever she performs.  Her motto is, "Live the life you love living!" 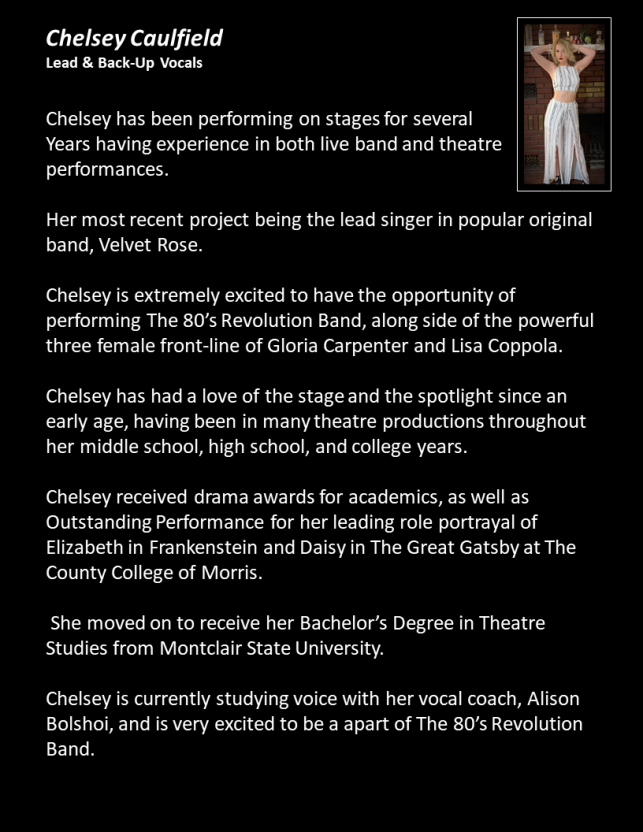 Paul Alan was Born in 1964 and grew up in a Lake community in Morris County, New Jersey.

Along with his older brother Harry and friends; and  influenced  by his Dad (who played country music    while also mastering seven different instruments), Paul began playing guitar from the time he was 13 years old.

Paul is primarily a self-taught musician who also was a student of Rich Miller and Monroe DeJohn, focusing on music theory and Jazz. Paul’s continued saying is “the world truly taught him while he never stops learning”.

Paul began teaching guitar at the age of twenty, and has gained the reputation of being a highly sought guitar and theory teacher and mentor who enjoys watching his many students of the last thirty-three years become accomplished musicians in their own rite.

In addition to Paul’s teaching schedule, he also writes, records and produces music. Much of Paul’s stage and audience skills came from performing with cover and original bands including Holus-Bolus, Liquid Orange, Shift, and Hoodless. Currently, Paul is excited to enter into this new venture and lend his skills to the 80’s Revolution Band. 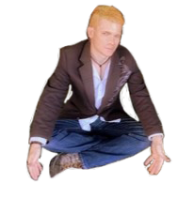 Eric has also been the drummer/percussionist for several Musicals including: “Cinderella” and “The Miss Transylvania Pageant”

In addition to Eric’s recording and performing, He also continues to give private lessons in the art of drumming and associated technics to his students.

Eric He has a college degree in Film/Music Production, and also has an extensive interest in learning foreign languages including German, Spanish Ukrainian & Korean.

Aside from his current “80’s Revolution” project, Eric is working on two Documentary Films where he is the Writer and Director. 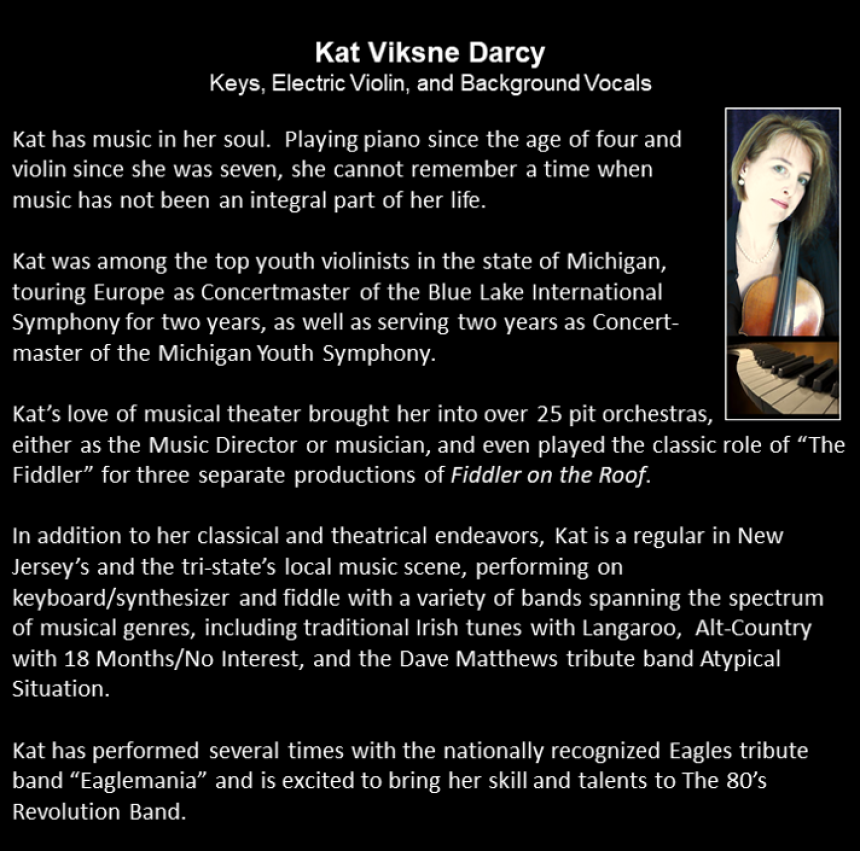 State of the Art Sound, Lighting and Digital Graphics 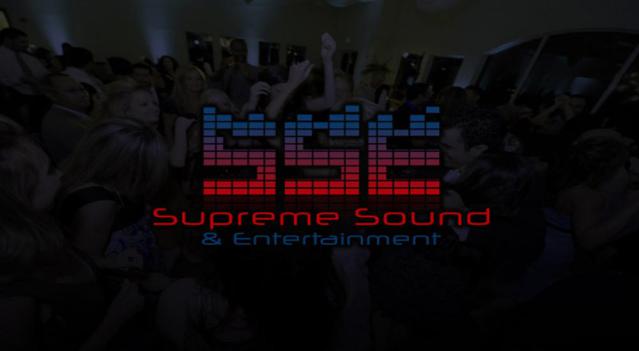